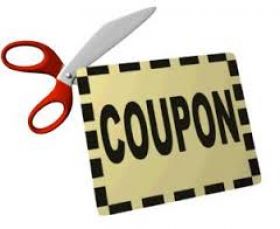 Inmaar has just released 2011 coupon usage figures for US Economy and despite overall Economic slow down, online coupon distribution and redemption continues to grow in the US. More than 3.5 billions coupons were redeemed in 2011 which was 6% higher than last year. Coupon redemption has grown by 34.6% since 2006 - all through the years of worst recession US has seen in a long time.

As we know, Australia has always been behind US in picking up latest trends. Our retail industry has been very hesitant to move their spending to online channels and we are still in very early stages of an online retailing/marketing revolution which peaked in the US 5-6 years ago. With many other underdeveloped areas of Australian online retail industry, we are also yet to see any large coupon distribution and redemption companies being launched in Australian online market. Currently coupon distribution is generally limited to Online only retailers who have been successfully distributing coupon codes via sites like TopBargains for a long time but coupon distribution campaigns from FMCG or large retail chains have only been limited to a few poorly coordinated campaigns here and there. TopBargains is one the two large coupon distribution sites in Australia amongst a handful others and we are yet to meet any digital marketing agency which has knowledge and expertise in coupon distribution. At best we have seen random submission of coupon codes from employees of digital marketing agencies (mostly using their personal email addresses) and none of the submissions were followed up by them which shows a general lack of understanding of how coupon distribution works across social deal sharing sites.

In summary, things are not looking great for coupon distribution industry in Australia at this stage but this is an area where CPG marketers will be ultimately forced to direct concentrated efforts if they don't realize the importance of this segment beforehand. This is a segment waiting to explode if we have learnt anything from the patterns of past trends in Australian market.